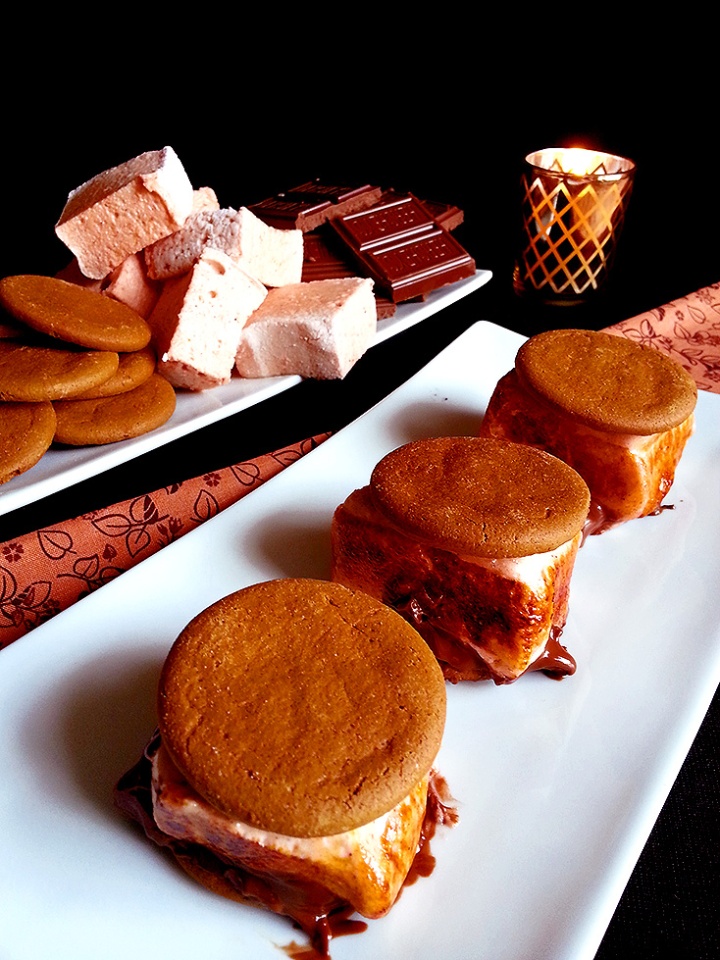 Happy belated Halloween! I hope you all had a fun, safe time filled with piles of candy!

The days after Halloween always usher in sort of a strange time. Now that trick-or-treating and ghosts are out of the way, it’s time for Christmas, right? Nope. There’s still a while yet. Let’s not get ahead of ourselves, here.

Just cause Halloween is over, doesn’t mean we have to give up pumpkin-related things in favor of mint and chocolate, red and green. Just cause stores probably started unveiling their Christmas displays at 12:01 last night, doesn’t mean we have to give in to Santa just yet. There’s still plenty of time for pumpkins, and warm Fall spices, and roasty marshmallows! I bring to you these gingersnap s’mores with homemade spiced pumpkin marshmallows to stave off the Christmas cheer that will soon be inundating you from every TV commercial, street corner and store display. It is still Fall, at least for another 49 days.

Add the gelatin to the bowl of a stand mixer fitted with the whisk attachment, and pour in half of the cold water. Stir; set aside.

In a small pot, combine the rest of the cold water, the sugar, corn syrup, and salt. Set over medium-low heat until boiling, and the temperature reads 240 degrees on a digital thermometer or candy thermometer (this took about 26 minutes on my stovetop). 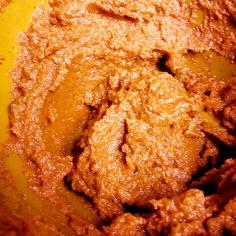 While the sugar syrup cooks, stir together the canned pumpkin, cinnamon, ginger, nutmeg, cloves, vanilla extract, and food color (if using) in a medium sized bowl. Set aside. 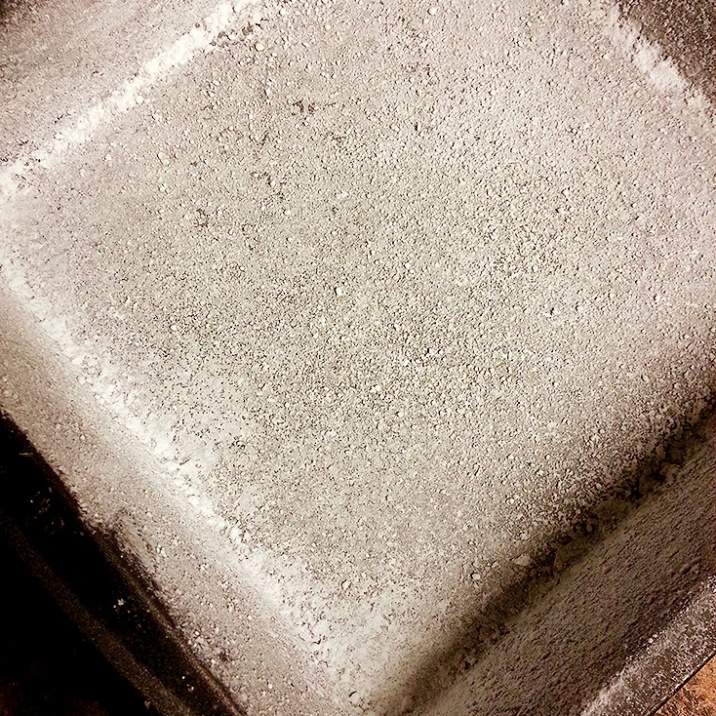 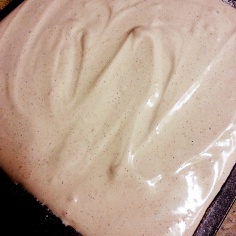 When the marshmallow is set, carefully pull the whole thing out of the pan and set on a large cutting board. Flip over so the sugared side is down, and mark with a sharp knife into four even rows. Turn the whole thing 90 degrees and mark in 4 more rows, so that there are 16 squares marked. Cut into rows and then cut each row into squares. Each square should be very tall. Cut each square in half crosswise so that you have 32 narrower squares of marshmallow. Dump some powdered sugar into a large bowl and toss the marshmallow squares in sugar, coating well and shaking off the excess. The marshmallows can be stored in an airtight container at room temperature for up to 2 days. 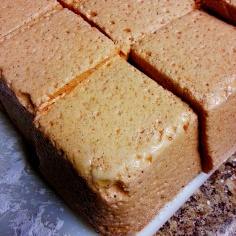 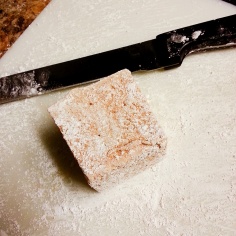 We don’t want to just store them, we want to s’more them! Grab your milk chocolate squares and gingersnaps and let’s get to it. Set as many marshmallows as you want to roast, on a heat-proof surface like a baking sheet. Using a small kitchen torch (or a large blowtorch, whatever you have) and toast the sides and top evenly. Be gentle, these homemade marshmallows tend to get runny if they’re overly heated! Alternately, set a pan of marshmallows under the broiler and keep an eye on them until they’re as toasty as you’d like them. Place a square of chocolate on one cookie, top with the toasty marshmallow and another cookie, and get to scarfing! 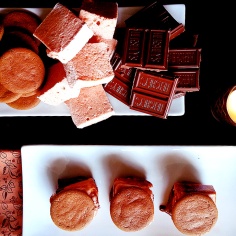 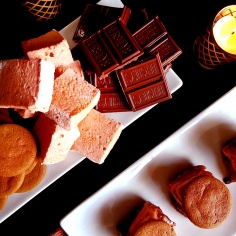 The spicy-sweet pumpkin marshmallows go very well with the gingersnap cookies and mellow milk chocolate. They’re like your favorite summertime s’mores, but wrapped in a cozy sweater and holding a mug of hot tea! Come to think of it, these would go great with a steamy mug of your favorite tea, or hot apple cider! Go nuts, they’re your s’mores. Enjoy Fall while it lasts, I think I hear sleigh bells already… 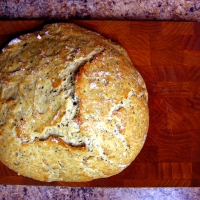